You are here: Home / Coronavirus / Can We Now Stop The Anti Antibody Hysteria?

Your body fights infections with antibodies just as sure as the sun will come up tomorrow. There are extremely few exceptions, but despite this, the media has played with the mass hysteria idea that somehow this virus was different and wouldn’t cause the body to produce antibodies. Why? To sell more eyeballs to advertisers. Now a new study hopefully puts an end to this insanity. In addition, we’ll dive into the common sense science behind all tests to understand how to use testing to end this corona nightmare.

What Is An Antibody?

An antibody (aka Ab or immunoglobulin (Ig)) is a large, Y-shaped protein produced mainly by a specialized white blood cell (B lymphocytes). Your body uses antibodies to neutralize bad bacteria and viruses. This works by the antibody having a region that binds to an antigen on the surface of the bacteria or virus (aka pathogen). The antibody then deactivates the pathogen and “marks” it so that larger cells called macrophages can come by and “eat” the pathogen. As you get older and your immune system is exposed to more pathogens, antibodies are why your body can respond quickly to various infections.

The media has a love-hate relationship with all coronavirus testing. It began by attacking antibody testing claiming that it wasn’t accurate or somehow bad. It also began the hysterical concept that antibody tests wouldn’t work with coronavirus. It then intermixed those messages with stories that posited that antibody testing could be the holy grail. Meaning that it was the only way to get out of the pandemic. Now we see stories attacking all testing and at the same time, it’s something we desperately need more of. What the heck is going on?

So what’s the real deal with coronavirus antibodies? Researchers publishing in Nature Medicine looked at 285 people hospitalized with severe COVID-19 (1). ALL OF THEM developed antibodies to the SARS-Cov-2 virus within 2-3 weeks of infection. About 40% developed Ig-M in the first week after onset of symptoms and 95% had developed antibodies by 3 weeks. All also produced Ig-G, the antibody associated with immunity.

Is any of this the least bit surprising? NO! Recovery from this virus which happens for more than 99% of those infected could only happen via antibodies.

Two Different Tests Out There

I’m a sucker for a great science graphic and the one above is a from a JAMA article (2). Some of the hysteria generated by the media on antibody and all coronavirus testing is easily explained by this diagram. First, note that no test is going to pick up the SARS-CoC-2 virus in the first week or so after you have been exposed and before you get symptoms. After the virus takes hold (during which you may or may not have symptoms), the first test to show positive will be PCR. That’s the swab up the nose or in the mouth test that looks for snippets of the genetic code of the virus. Somewhere in that first few days to 2 weeks, most people begin producing antibodies and that’s when this type of test shows positive. However, the up the nose PCR test becomes negative during this time while antibodies continue to be positive.

Hence, you need to use the right test at the right time to detect coronavirus. Also, if you test too early, no test will be positive. However, there’s another key concept here to understand, which is test accuracy and how the status of the disease in any community dictates that metric.

Every coronavirus test out there suffers from having the same tough mistress-statistics. Meaning that there is a concept called positive predictive value (PPV) which really screws up the best of tests. PPV means that the likelihood of a false positive or negative test goes way up when the number of cases is a community is low. Huh? Isn’t this the same test? How could it be more accurate in NYC where there are more cases and less accurate in Montana where there are few? Let’s dig in.

All tests have a percentage error. If the test is trying to detect someone who really has the disease and it fails, that’s called a false negative. If the test says that someone has the disease and they really don’t have it, then that’s called a false positive. This is also tied to numbers published about tests called sensitivity and specificity. A highly sensitive test will pick up almost everybody who has the disease (few false negatives) and a highly specific test will correctly identify almost everyone without the disease (few false positives).

However, how well the test works also depends on the percentage of people expected to be positive in that community. This is called prevalence. For example, if the prevalence of coronavirus is only 1%, even a test that’s 99% sensitive will be wrong about half the time! That accuracy gets better if there’s a higher prevalence of coronavirus. Why? This is a good explanation of the math below: 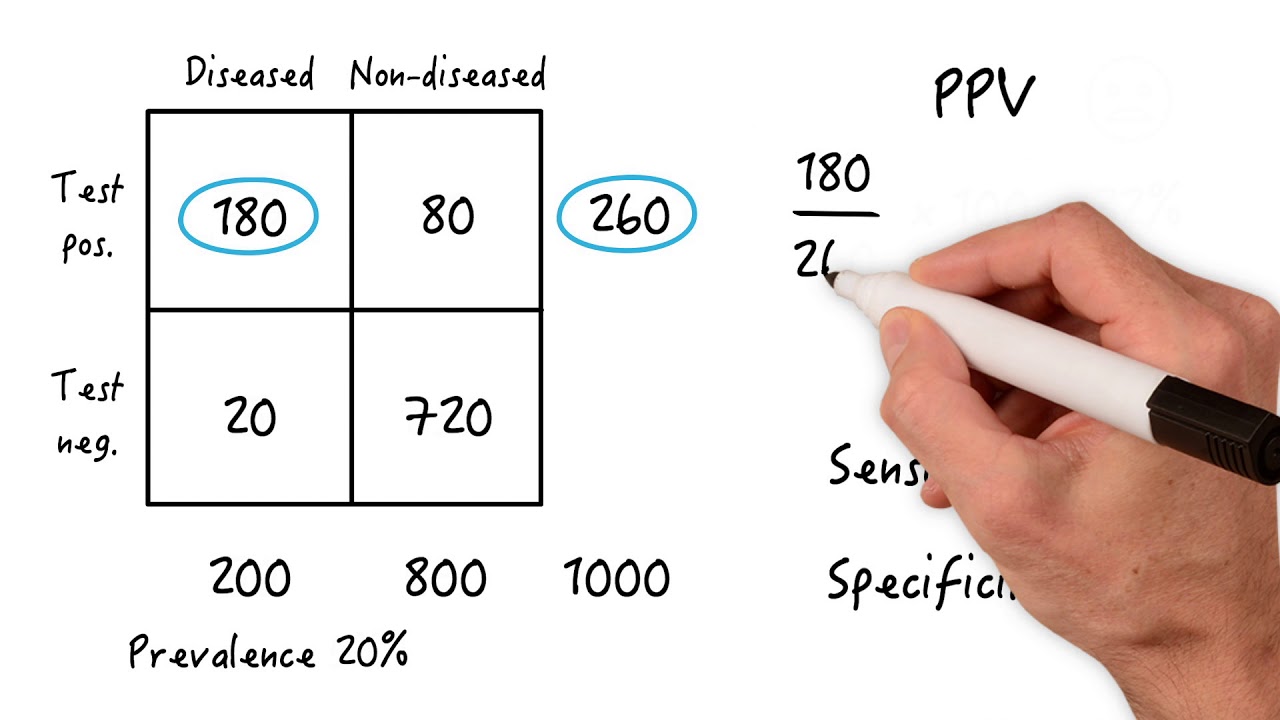 So as you can see, the media’s love/hate relationship with testing is largely based on not understanding how testing works in this and every other disease. Medical tests are sometimes positive or negative in various stages of a disease. In addition, the accuracy of really picking up a true positive test depends not only on how accurate the test is or isn’t, but also on the number of people out there with the disease. Hence, testing was only ever going to be one part of controlling a pandemic.

The other half of trying to control this thing will be surveillance programs. Meaning, it’s also valuable to know if you’ve come into contact with anyone who had coronavirus and whether that was walking by someone or hugging them. In addition, knowing if you have symptoms associated with coronavirus or a high temperature is also important. If all of these things are combined with testing, then our ability to accurately identify people at higher risk for spreading the disease goes up. All of that needs to happen in the context of protecting our civil liberties.

In addition, one way to fix that low prevalence problem that I discussed above is through double testing. Hence, if you run that same test with a 99% sensitivity twice, the accuracy goes up from a coin toss to 98%! Do you see a trend here? We need doctors on the ground making these decisions about who is and isn’t a risk to spread the disease based on contacts, symptoms, temperatures, and tests.

The upshot? The media has done what it always does, stoke panic to sell eyeballs to advertisers. In the case of testing, all tests have limitations. However, we can use testing to help guide us here, but that will need to be combined with other things to help us contain this bad bug!