I’m a history buff and my two historical heroes are Teddy Roosevelt and Winston Churchill. This morning I’d like to posit what our lives will look like for the next year, as this is a question I keep getting from my own kids. So what are we in for and what should we be preparing for right now?

I’ve told my kids that this is their “World War II” moment. If we look at spending, in today’s dollars, WWII cost 4 trillion dollars over 4 years. The U.S just spent more than 6 trillion in the first part of the coronavirus crisis. The total package will likely be more than 10 trillion. If we put that in context, never has this country spent so much money so quickly.

World War II required immense personal sacrifice from the American people. Not only did families send their sons to war, but there was rationing of sugar, rubber, coal, fruits, butter, silk stockings, and more. Families were told to plant victory gardens and would huddle by the radio each night for the latest news on the war. Major league sports were suspended. Sound familiar?

The British in World War II had a stinging defeat. Their forces were pushed back by the Nazis through France and toward a small coastal town called Dunkirk. Given the shallow water, what was left of the British Expeditionary Force needed to be rescued by civilian boats. However, later that year, the British finally notched its first victory in Egypt against the Nazi tank commander Rommel. As a result, Churchill, the British Prime Minister said this famous line: 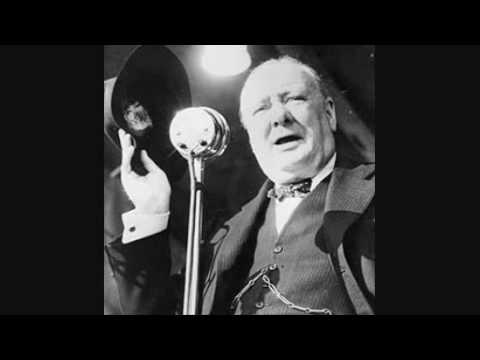 I think we’re just at that place where Great Britan was at Dunkirk. The virus is hitting hard and we’re all on our heels and reacting. For example, we now have some 42 states under governor issued stay at home orders. Testing is ramping up and hospitals are preparing.

No administration, whether Republican nor Democrat was prepared for coronavirus. For example:

Why did Asain countries fare so much better? Because unlike us, it’s NOT their first rodeo. SARS viruses like this one have been launching out of Chinese wet markets for decades and devasting their economies, so they have figured out how to mobilize for viral war.

As the end of the beginning unfolds over the next two months, expect everything to stay shut down other than essential services such as grocery stores, medical clinics, and hospitals. When will we exit that economy wrecking insanity? Again, the best model is still Italy:

These are the case per day in Italy updated through April 4th. The dashed red line is when they look to be entering their shutdown. Hence, they’re looking like 7 weeks.

Hence, adjusting this for the U.S. I think we’re looking at 2 months from a week ago, or the end of May until we begin opening the economy. In the meantime, we’re likely to see 100,000-200,000+ deaths. That would be about twice as bad as the most severe flu seasons in the U.S. (which usually claim about 100K lives). In addition, the problem here is that this is a different animal than the flu, requiring far more health resources far more quickly.

So what does a Post-COVID summer look like? Our economy and freedom will open back up. The good news is that respiratory virus transmission goes way down in warmer months, so that will help keep a lid on things. However, it’s very unlikely that crowds will be allowed, so you can kiss goodbye any type of event or game goodbye.

The best news about the summer is that we will have had massive experience with treating the virus. We will have dialed in the best treatment protocols and testing will be widespread. Which leads me to what’s likely coming, your certificate of immunity.

The Fall: A Certificate of Immunity

We will have been financially walloped by the first shutdown which launched about 10 trillion in government spending. As the fall hits, the coronavirus cases will likely ramp back up again, just as happened in the 1918 pandemic. So how do you avoid a second economic disaster through a second shut down? Certificates of Immunity.

For example, our Colorado clinic and several Regenexx sites were just able to order 15-minute serology tests for Coronavirus. That means they use a drop of blood and can tell if someone is sick with acute antibodies (Ig-M) or has developed immunity (Ig-G) with 93% accuracy. Hence we will begin testing our medical providers to make sure that we create Coronavirus protection zones for patients in specific clinics. These same tests will also be available to other clinics sooner rather than later.

Hence, it’s not hard to see that the only way that we can avoid a second shut down is through a certificate of immunity. My guess is that we’ll see these tests being offered everywhere and if you are Ig-M negative and Ig-G positive (you have had the disease and have antibodies against it), you’ll be issued a “Certificate of Immunity” card. That card can be used to go about your business without any restrictions. If you test positive for being sick with the virus, you’ll be quarantined until you test negative and everyone in your immediate personal sphere will need to be tested. If you haven’t had the virus yet, you would need to be under a stay at home order the second time.

I think the second major shutdown will be more regional and to take advantage of wide-spread testing and these certificates. Meaning, we will only have to shutter small parts of the country where outbreaks are happening and even in those areas, people with their “get of jail free” card will go about their business.

Will Kids Go Back to School?

As I told my kids, I think it’s unlikely that most school districts will allow all kids back to school or colleges in the fall. I think rather, that we will have a mixed approach. The teacher will teach to an in-school crowd that includes kids who are immune and that will be cast on the Internet to kids at home who are positive for the virus. How about the kids who aren’t immune and don’t have the virus? They may be allowed to go to school, but they may also be monitored with simple temp checks to get into the building. The problem will be protecting the teachers, so you may have some teaching from home.

The upshot? We are at the beginning of the beginning of the end. I think the certificate of immunity cards as I have discussed will be the key to avoiding the second economic hit from coronavirus. As we begin to test our staff, I’ll have a better bead on what that looks like.